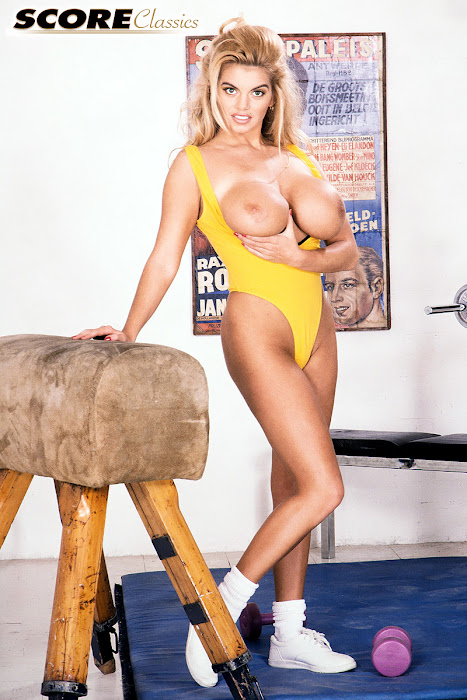 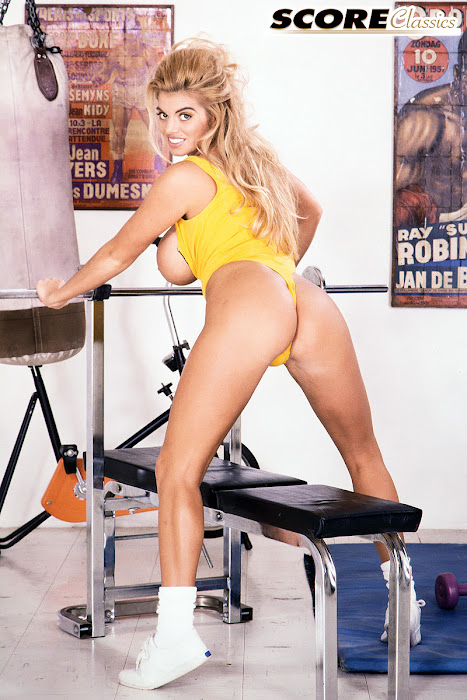 "Erica Everest was a feature dancer from Kentucky. Well-known on the strip club circuit, she sailed on Boob Cruise 1997. A very hot-looking, sexy blonde, Erica was aware of the difference in the size of her breasts compared to many of the other big-boobed girls, especially compared to SaRenna Lee, who did a video and still set with her. ("They're not that big," Erica said about her own boobs.) but overall, she was a sweet package and her tits were more mainstream-sized. Most importantly, she was happy with her sleek body. "When I go out, I don't wear very provocative clothing," Erica told SCORE's editor in 1996. "Guys still hit on me. Not because they know I'm in magazines, so I really don't know why. It gets annoying sometimes but it's also very flattering. I'm actually very shy so a lot of times I like my space." And that was true. "......ScoreClassics.com